The Law, by Frederic Bastiat (1801-1850), a French economist, statesman and author. He did most of his writing during the years just before and just following the Revolution of February 1848 in France. This was the period during which France was turning to Socialism. “The Law” is here presented again because the same situation has been transpiring in American since 1950, when this translation was first published. The explanations and arguments then advanced against socialism by Mr. Bastiat are equally relevant for all of us today. 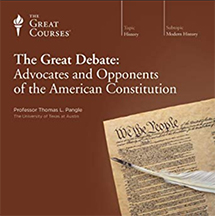 The Great Debate, by Professor Thomas L. Pangle, A well thought out and well written synopsis of the Founding discussions leading to the birth of our Republic. It is the first coherent coverage that also includes the Anti-Federalist views. Many of the concerns of the Anti-Federalists have come to fruition. 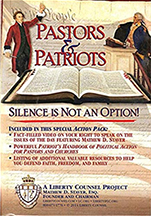 Silence Is Not An Option – Liberty Counsel’s in-depth video explanation of the legal restrictions and moral obligations of churches, pastors, and nonprofits to engage in political activity. If you are a pastor, you are welcome to request a free DVD by emailing us at liberty@LC.org. 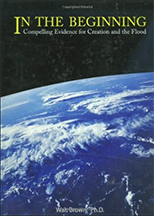 In the Beginning: Compelling Evidence for Creation and the Flood, By Dr. Walt Brown. I was  introduced this book by a friend who said, “This is the best book on creation ever.” It will not let you down. Part I begins with a summary of the scientific evidence dealing with origins. That evidence falls into nine areas: three in the life sciences, three in the astronomical and physical sciences, and three in the Earth sciences. Part II contains focuses on the Hydroplate Theory and demonstrates the amazing number of difficult problems that the theory easily solves. Part III contains 46 questions most frequently asked during question-and-answer sessions at seminars and in media interviews

The Rise and Fall of the Third Reich, by William L. Shirer. An incredible account of how the “gutter came to power.” A chilling revelation of how any nation can voluntarily choose tyranny, and a revelation of what it looks like as it happens. More than three hundred photographs accompany this abridged edition of the best-selling history of Hitler’s Germany, detailing the rise of the Nazis, the events of World War II, the Holocaust, the Nuremberg Trials, and postwar Germany.

The Gulag Archipelago, by Aleksandr Solshenitsyn. This book is known throughout the world, the first of its kind in the scale of investigation of the history of the soviet labor camp system (GULAG, 1918-1956). It describes the system’s social structure, forms of resistance, industries and projects, everyday and spiritual life of those who did not lose hope and soul in the soviet punitive system. Solzhenitsyn (1918-2008) created a new style of combining documentary-fictional narrative with academic study based on numerous cases and personal documents of survivors.